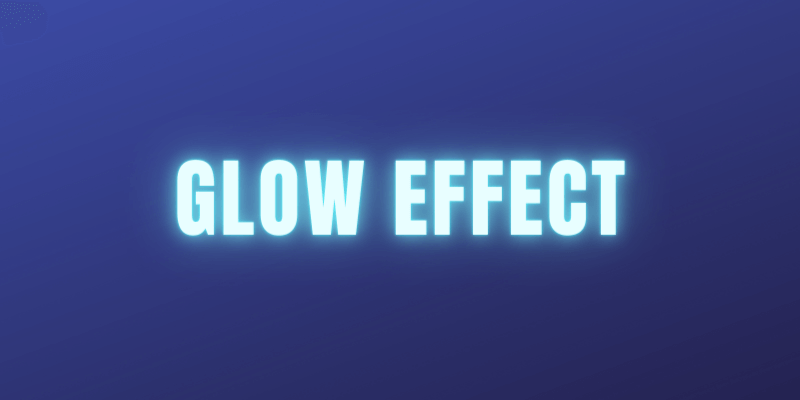 Creating a drop shadow in GIMP is fairly simple, but what if you want to turn on the lights instead of casting a shadow? Like everything in GIMP, there are several ways that you can create a glow effect, but let’s start by taking a look at some of the simplest options.

It sounds a bit backward, but you can actually repurpose the Drop Shadow filter to create a glowing outline around your image, as long as you use the right settings. This method works best for objects that are on separate layers with transparent backgrounds, such as text that you’ve added in GIMP.

In the Layers panel, select the layer you want to add a glow effect to, then open the Filters menu, select the Light and Shadow submenu, and click Drop Shadow.

GIMP will open the Drop Shadow filter dialog box to allow you to customize the settings, which we’ll have to do carefully in order to turn the shadow into a glow. As you can see below, the default options produce a fairly decent shadow below the text, but that’s not what we need.

Instead, set both the X and Y offset options to 0, and change the color to white (or whatever color you want to create your desired glow effect). Instead of casting a shadow, suddenly we’ve turned on the lights!

You can play around with the Blur radius, Grow radius, Color and Opacity settings to get the result you want. GIMP will update the preview in real-time so you can see the effect, as long as you’ve got the Preview box checked at the bottom of the Drop Shadow dialog box.

Once you’re satisfied, click OK, and GIMP will apply the effect. However, if you’re using it on a text layer the way I did in this example, it will immediately be rasterized – converted into pixel data – which means the text will no longer be editable.

Ideally, GIMP would place the shadow/glow effect on a new separate layer underneath the text layer, but maybe we can hope for that in the next version.

If you absolutely need the effect to appear on a separate layer, you can try using the Drop shadow (legacy) filter, which is also found in the Filters -> Light and Shadow menu.

It will place your glow effect on a separate layer, but you can’t see a preview of the effect before applying it, and the options are much more limited. There is a reason it was replaced with the more modern version, after all, although I wish they’d combined the best elements of both filters.

To explore the Bloom filter, start by selecting the layer you want to glow up in the Layers panel. Then open the Filters menu, select the Light and Shadow submenu, and click Bloom.

Bloom doesn’t exactly add a gradient glow around all the edges of your object, although sometimes it does. It works by selecting the brightest areas of your image and treating them as a light source. This makes Wilber a better demonstration instead of the TGT text, as you can see below.

However, Bloom can sometimes have the unintended side-effect of making shadows darker too, as you can see under the bottom of Wilber’s jaw. This can make for a more natural glow effect, but it may not be what you’re looking for in every situation.

If you want the Bloom effect to extend beyond the existing pixels, you’ll have to check the Limit exposure option, although this seems like an unnecessarily confusing name. I assume it’s technically correct for the mathematics that calculates the final result, but it’s a bit confusing for the user.

Those are the two simplest methods for adding a glow effect in GIMP! You can always draw one in by hand, of course, but that can take forever – and usually, you’ll get a better result by using one of the methods outlined above.