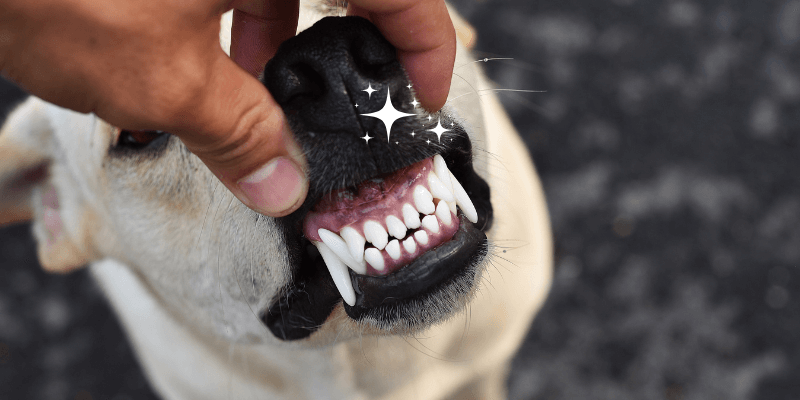 We live in a world surrounded by images, and every model seems to have perfectly brilliant white teeth. But like most things in the world, it’s not always what it seems at first. A lot of those images have been very heavily edited, but you don’t need a pro studio to give your clients the same edge.

Teeth whitening is one of the most common tasks that new image editors want to try (or get asked to handle by clients), which makes it the perfect task to cut your teeth on.

…what? It’s a real expression. Seriously.

The Quick Guide to Teeth Whitening in GIMP

The basic process behind teeth whitening is quite simple, whether you’re editing photos of a supermodel or a big cat, you can do it in three easy steps:

Step 1: Duplicate your background layer and mask out everything but the teeth you’re editing

Step 2: Use the Hue/Saturation filter on the new layer to remove any color tints in the teeth

Step 3: Use the Curves tool to brighten up any dark mid-tone areas while still preserving areas of natural highlight and shadow for the most realistic result

If you’re an advanced editor who’s never tried this kind of project before, that’s probably all you need to know to get started, but if you’re still new to GIMP or you’re not sure about the process, I’ll break things down in more detail below.

The Detailed Guide to Whiten Teeth in GIMP

The general idea is fairly simple, but let’s take a closer look at how the process works.

Non-destructive editing means that you’re following a workflow intended to preserve your original image content in case something goes wrong or you want to go back and adjust your settings later. GIMP doesn’t have full support for non-destructive editing, but we’ll do what we can.

With your image open, open the Layers menu and select Duplicate Layer. You’ll see next to the entry that the keyboard shortcut is Ctrl + Shift + D (or Command + Shift + D on a Mac).

GIMP will duplicate the Background layer, as you can see in the Layers panel.

Next, you’ll need to add a layer mask to the image. This will allow you to hide certain parts of the image without actually removing them. It’s a lot simpler than trying to create a consistent selection using the Free Select or Scissor Select tools because you can go back and adjust it by simply painting a different color on the layer mask.

With the duplicate copy of your Background layer selected, open the Layer menu, select the Mask submenu, and click Add Layer Mask.

GIMP will open the Add Layer Mask dialog box. Usually, the default settings are fine, but in this case, it will be faster if you set the Initialize Layer Mask to: option to Black (full transparency).

Now you’ve got a new layer with the exact same content as your main image, but it’s all invisible because the layer mask is filled entirely with black pixels. Next, select the original Background layer and set the Opacity to 80, which will make it easier to tell which areas are visible on which layer.

Switch to the Paintbrush tool, set your foreground color to white, and select the layer mask in the Layers panel.

As you begin painting white pixels on the layer mask, the pixels in the corresponding location become 100% opaque and stand out fairly clearly from the checkerboard pattern used to indicate the partial transparency of your original background layer.

Continue the process until the only thing showing on your duplicated layer is the teeth that you want to edit. If you make a mistake, you can either use the Undo command (Ctrl + Z or Command + Z on a Mac) or you can switch your foreground color to black, then you’ll be hiding pixels instead of making them visible.

Once you’re done, you can select your original background layer and return the opacity to 100.

Teeth usually get tinted yellow or dark brown in extreme cases, so the most important step to whitening teeth is to remove the tint! Now that you’ve got a layer displaying only the teeth you want to whiten, we can begin applying color and tint adjustments.

Select your ‘teeth’ layer, and open the Colors menu and click Hue-Saturation. GIMP will load the Hue/Saturation filter settings, which is where the magic happens. Locate the Saturation slider, and begin sliding it downwards until you’re happy with the neutral tint of the teeth. Be sure the Preview toggle is switched on so you can see the effect!

The most important thing to remember in this step is not to reduce the Saturation level too far. If you do, the viewer’s eye will notice that there’s something very different about the pixels in the teeth areas that you’ve edited.

Usually, there’s a small amount of variation found in the pixels that make up solid color areas, but when you desaturate them too much, that variation disappears and it stands out strongly. I find that -50 is about the limit where it starts to look fake to me, but that can change depending on the nature of your image.

Experiment and see how your image works with various Saturation settings until you find an option you’re happy with.

At this point, you might find that you’re happy with the results and don’t need to go on, but if they’re still a bit too dark for your liking, you can brighten things up a bit by using the Curves command.

Open the Colors menu and select Curves. GIMP opens the tone curve for your image, which displays the histogram of your image and allows you to modify various sections of your image based on their current tone.

Click on the diagonal line to begin adjusting the pixels that match that point in the histogram, which is visible in the background. Drag the point upwards or downwards to brighten or darken the corresponding pixels until you’re satisfied with the results.

For whitening teeth, we’ll want to push the mid-tones brighter while making smaller adjustments to the highlights and shadows. You don’t want things to get too high-contrast, or they’ll look extremely fake (not that a jaguar with perfect pearly whites will ever look real, but that’s beside the point).

The Curves tool can be a bit counterintuitive until you’re used to working with it, but it’s a very powerful tone adjustment tool that is worth taking the time to learn properly.

Look at that bright white smile! I still don’t think I’d buy a used car from him, but it’s a big improvement over the yellowing fangs he had at the beginning of this article. It might be a bit too white, but for some reason, I don’t have a lot of jaguar models to compare against.

Those are the basics of how to whiten teeth in GIMP!

As you practice, you’ll get better and better with masking and the Curves tool until you can whiten teeth without even thinking about it. Practice makes perfect, and there are plenty of free images around the web to practice on if you can’t find a model with teeth that need some work!